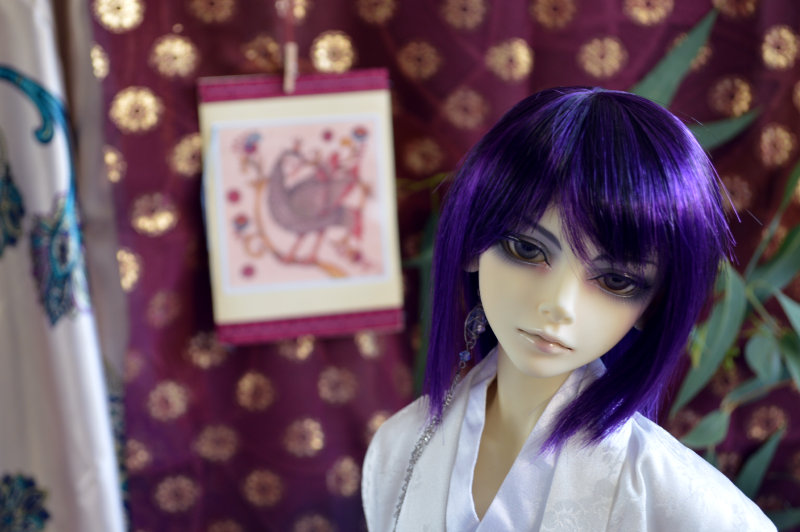 Today is Syr's birthday.  She is around 15 years old, and has been with me for 13 years.

She was the third doll I ever bought, my first hybrid doll, and the only survivor from my early-hobby doll purge/reboot, when I sold 4 of the 5 dolls I'd bought in my first two years of collecting BJDs.

13 years later, I still love her as much as the day I looked at Crobidoll Lance, and saw an androgynous girl step out from the sculpt and ask to come home.  The character/backstory I originally gave her has since developed into the world for the rest of my dolls.  She's the first and eldest of the Birds of Fable and quite a significant doll to me. 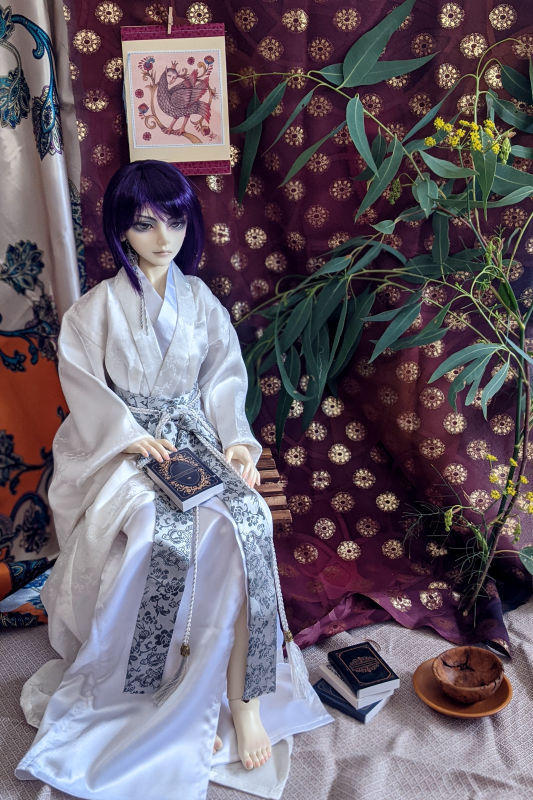 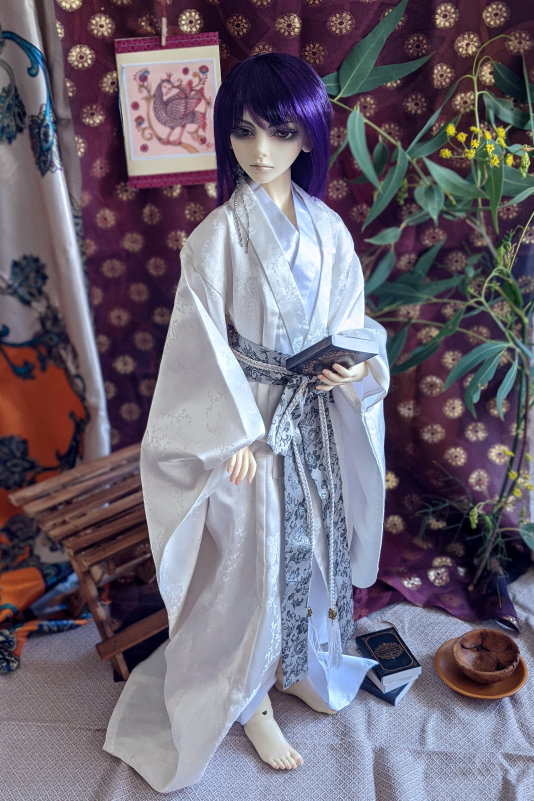 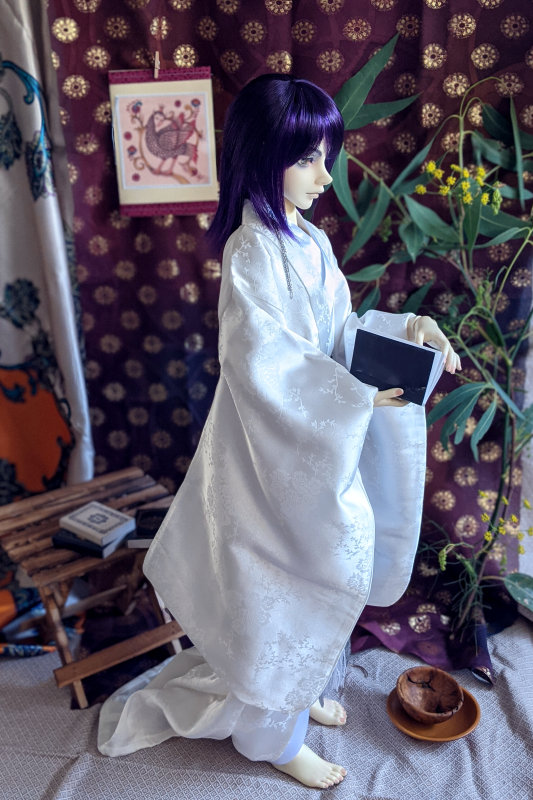 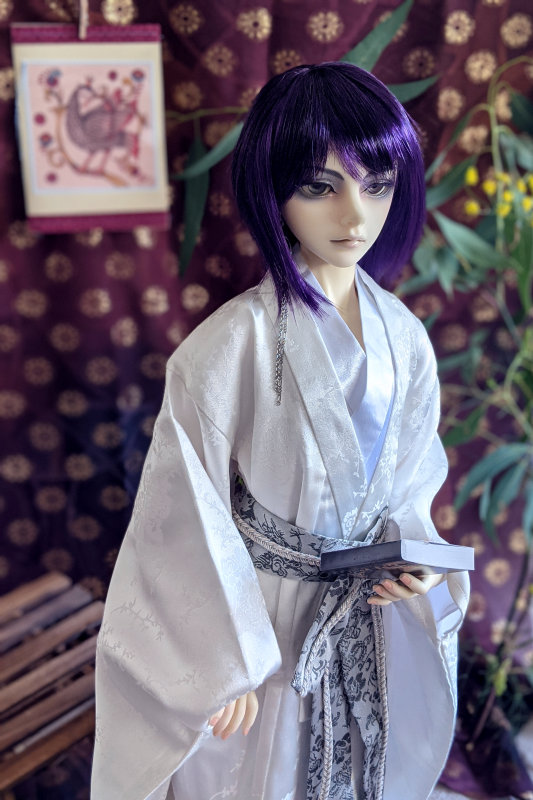 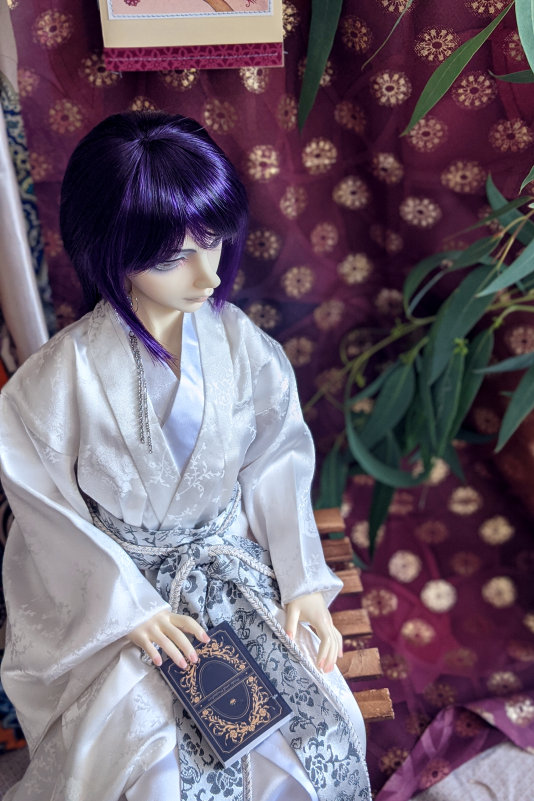 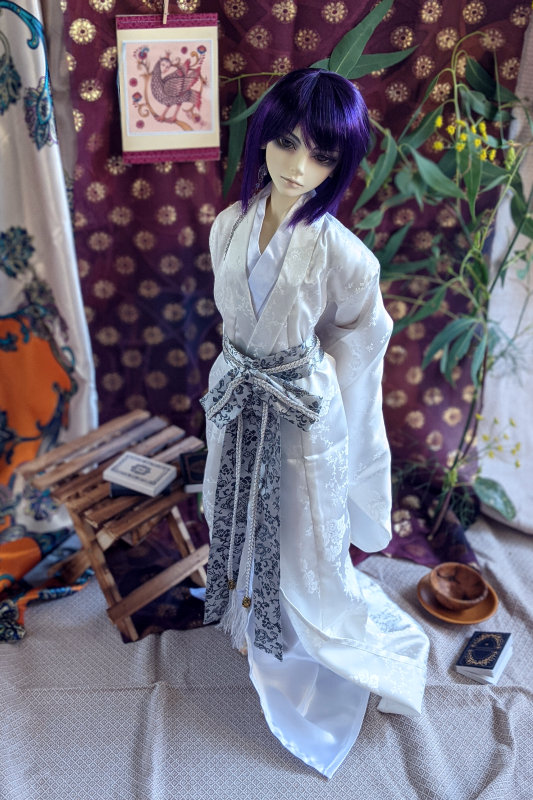 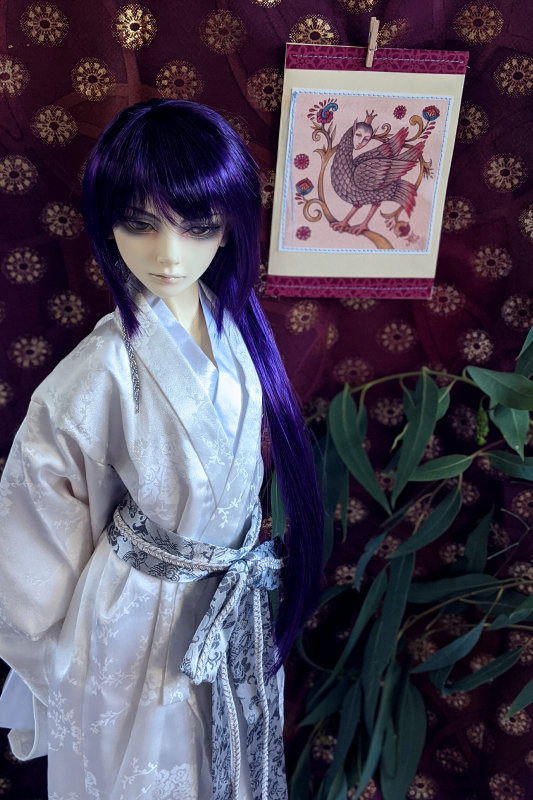 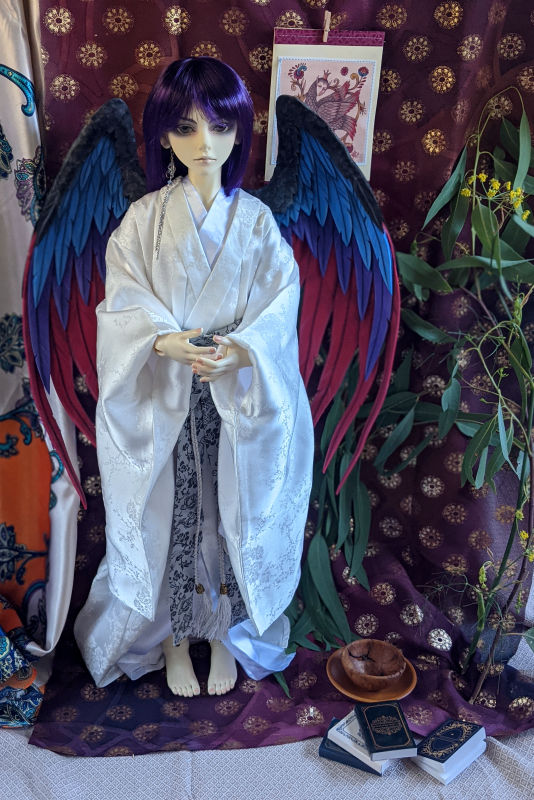 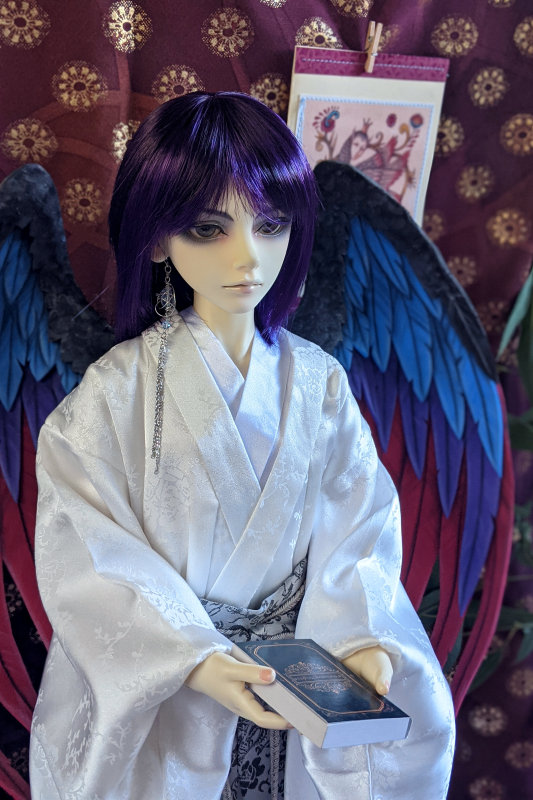 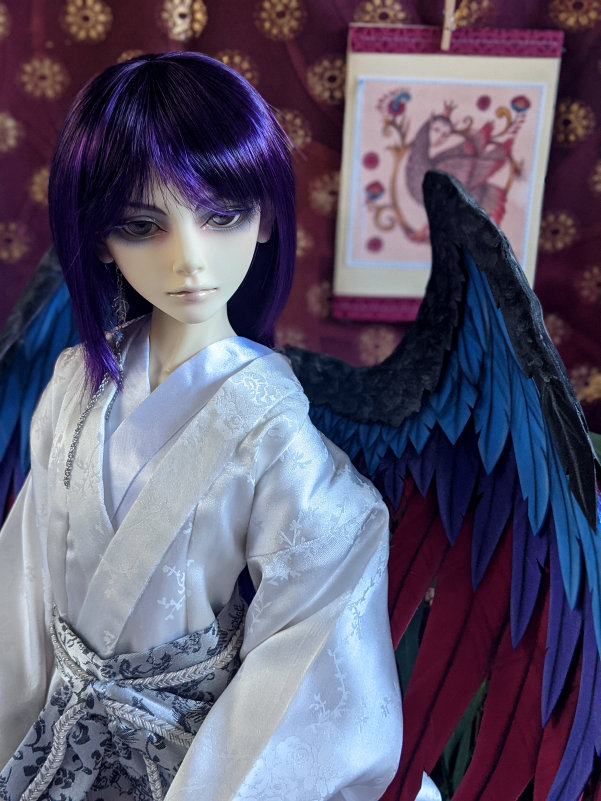 Face was painted by Hana of ShallowSleep Aesthetics.
Eyes by Enchanted Doll.  Hair by Josephina di Venetia, and occasionally Kstarr.
Kimono by Volks.  Jewellery by an unknown Japanese artisan.
Other props by LUTS, Daiso, a local woodworker, and some trees near my place.
Wings commissioned from The Mushroom Peddler.
Art print created by the Wayward Harper (Instagram). 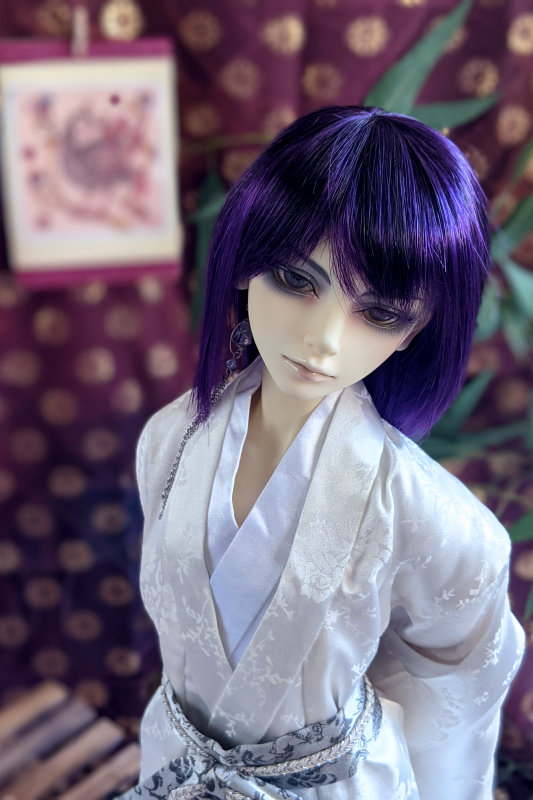